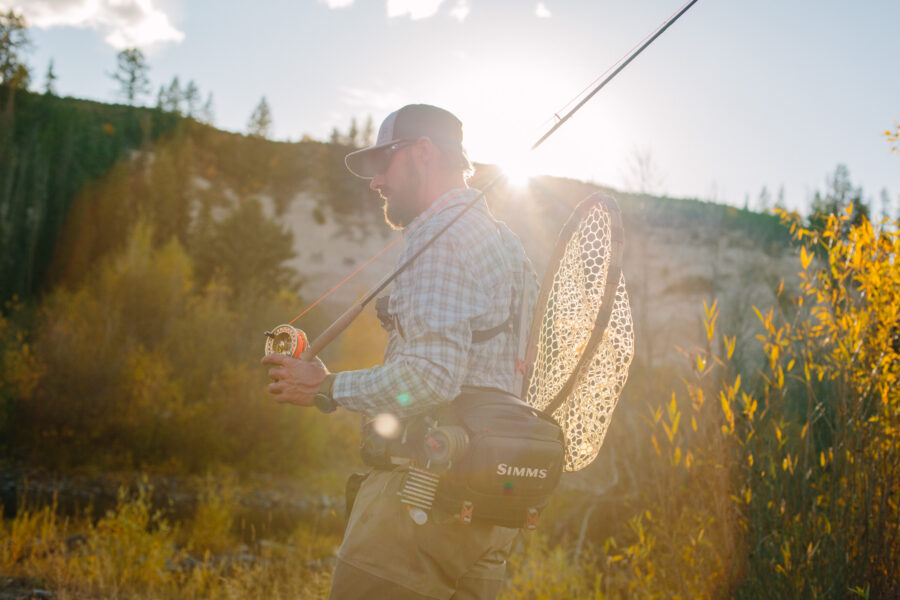 Start off on the right foot

Improve your chances for proper catch and release by avoiding situations for fish that are already stressful, such as higher water temperatures and extreme low flows. Avoid fishing during the hottest part of the day in summer, when water temperatures are at their highest, and both you and the fish will feel better. You’re also less likely to catch fish during the middle or hottest parts of the day, so both you and the fish are better off aiming for cooler times in the morning or evening.

Proper catch and release fishing requires having the right equipment. It’s very important to use the right kind of bait, tackle and equipment to aid in a successful catch and release. Set up your rod, reel and line to land fish quickly. The longer you struggle with trying to reel the fish in, the more stress you put on the fish, and the greater chances of the fish not recovering upon release. Using heavier line will allow you to land fish more quickly and keep you from wearing the fish out.

Avoid using bait that is more likely to result in deep hooking injuries. Scents and bait (whether natural or artificial) that encourage fish to swallow hooks are more likely to result in these kinds of injuries. Instead, use artificial lures or flies to attract fish. With these methods, fish are usually hooked in the lip, which makes it easier to remove the fish from the hook. Single, barb-less hooks that are properly sized will also help reduce fish handling time and injury. Barbs can increase the size of punctures in a fish’s mouth, and these wounds are difficult to heal.

Using a landing net will also help you reduce handling time, as well as potential stress and injury to the fish, especially for larger fish. Landing nets with large frames and shallow nets made of rubber or knot-less mesh are best.

Handle the fish with care

While you’re fishing, it’s important to pay close attention to your line so you can reel in fish as soon as possible. Again, the longer the fish is on the line, the more time they have to swallow hooks or otherwise injure themselves. Prolonged time on the line can cause the fish to experience exhaustion, which can make it more difficult for the fish to recover when back in the water.

Once you’ve caught your fish, handle it carefully to avoid causing additional stress or injuries. Remove the hook quickly and calmly. While removing the hook, keep the fish in the water or hold it upside down to relax the fish. Keep needle-nosed pliers, hemostats and other hook removers handy for quick and efficient hook removal.

If removing the hook quickly proves too difficult, or if the hook is in too deep or cannot easily be removed, leave it in and cut the line as close to the hook as possible. Better to release the fish with the hook in than spend excess time trying to wrestle with the hook.

When handling the fish, keep it wet and handle it only with wet hands or gloves. Handling the fish with wet hand hands or gloves will reduce the loss of the fish’s protective mucus layer. This outer mucous layer keeps the fish protected from things in the water that might compromise the fish’s immune system, so it’s important that they go back in the water with this layer as intact as possible.

Treat the fish gently when handling it, and avoid squeezing it, as this can damage internal organs and muscle tissue. Remember to never hold a fish by its gills; cradle the fish gently with one hand beneath the belly. This might interfere with your planned photoshoot pose, but there are better ways to snap a picture of your catch without threatening its life.

In general, try to avoid handling the fish for more than two minutes in total.
Be careful, as this time often passes more quickly than you realize.

When releasing your fish, give the fish time to fully recover in the water before releasing it. Hold the fish gently underwater in an upright position, or inside your landing net. Make sure the fish is “breathing” before releasing it. You should see the gills opening and closing inside the water. If the fish seems like it’s having difficulty, face the fish into the current. The freshly oxygenated water will help the fish ventilate properly if it’s struggling. After it appears the fish is breathing properly, it should be able to swim away on its own.

If you’re in fast-moving water, try to move to a calmer area where the fish can recover properly. Fast-moving or turbulent water can sweep away or injure fish before they’ve fully recovered.

With these tips in mind, you’ll be well on your way to safe catch and release fishing and ready for your Colorado fishing resort trip.